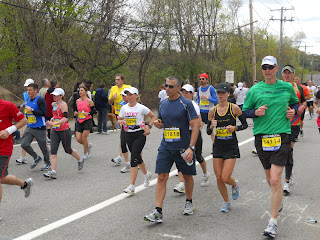 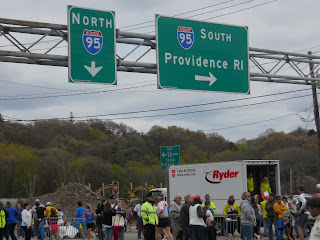 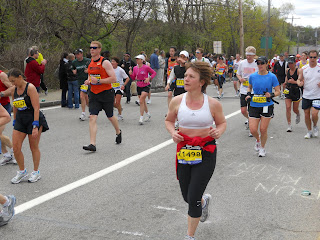 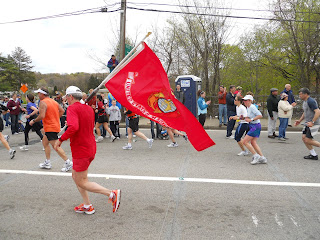 First off, I would like to congratulate all the finishers of the Boston Marathon this past Monday. Actually, I would like to congratulate every finisher of every marathon. No matter what marathon you run, running 26.2 miles is the ultimate test of mental and physical strength and perserverance. Special congrats to Eric Engdahl and Josh Staunton who ran for Sheila Engdahl, Eric's mom who passed away from Lou Gehrig's Disease last year. Great job guys.

There are a lot of great charities who benefit from dedicated runners and fundraisers like Eric and Josh. Charitable runs are one of the aspects that make the Boston Marathon and all marathons truly worthwhile events. The problem I have always had with the Boston Marathon is that the Boston Athletic Association, the organizer of the event, goes out of its way to exclude deserving people looking to enter what many regard as the most prestigious marathon. Running is an inclusive sport and an inclusive community, and many of the elitists who organize this event do not acknowledge this fact. Boston is the ONLY marathon in the world that requires a qualifying time. For my age group, I have to run another marathon in a time of 3 hours and 15 minutes or less in order to qualify for Boston. In other words, that is a 7 Minute and 26 second mile for the whole race. Not the easiest accomplishment for us mere mortals. The other option is to raise money for a charity and get a guaranteed number/entry that way. As noble as this idea is, runners are required to raise at least $3,000, and maybe even more depending the charity. If the money is not collected, it comes out of the runner's pocket/credit card. With a difficult economy, this can be an overwhelming task in addition to training for the race itself.

Most races like the New York and Chicago Marathons use a lottery system instead of a ridiculous qualifying time. This gives everybody a chance to tackle the 26.2 mile monster. New York even has guaranteed entry for those who run 9 races for the New York Road Runners Club in a calendar year. The BAA should wake up and scrap their eliteist, exclusive policies. The Boston Marathon can accomodate the numbers, they just choose not to. Allowing runners of all abilities would not affect the elite runners like many have claimed. Other marathons have the same elite runners, and their times are not affected by recreational runners. This is not the Olympics or the NFL combine; a qualifying time should not be necessary. Someday I hope to run Boston, and I will do the charity route. I just hope I have a lot of generous friends and family.
Posted by MattyT at 10:33 PM