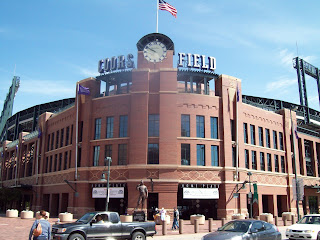 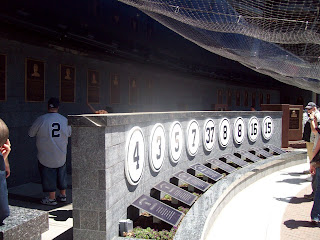 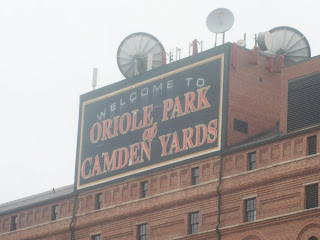 Once again the Red Sox have regained the top spot in the Fan Cost Index released by Teammarketing.com. It now costs $335.00 for 2 adult average price tickets, 2 children average priced tickets, 4 small soft drinks, 2 small beers, 4 hot dogs, 2 programs, 2 adult sized caps, and parking. This amounts to $5.00 more than the Cubs, and $18.00 more than the Yankees who are fresh off a World Championship and a sparkling new stadium. The Red Sox are also the only Major League team that does not offer a single promotional giveaway item to fans during the seasons. The Cubs actually beat out the Red Sox by a quarter for the highest average ticket price at $52.56. For those of you are traveling this summer, and can't afford to take out a second mortgage on your home to see an MLB game live at Fenway, here are some options you might want to take in. The Red Sox also travel to many of these ballparks.

The Yankees appear to have heard their fans' requests, or at least observed the empty seats in the premium sections that were going for a mere $2500. Now the Yankees offer half-priced tickets to select games for students, children under 14, and miltitary personnel. Select areas of the grandstands, bleachers, and terrace offer tickets for $5 on certain games. Senior citizens can also buy select game tickets for $5. Try finding that at Fenway. Family games and and select Tuesday night games are also offered at a discount. There's no shortage of food options at Yankee Stadium either. Carl's cheesesteaks, sushi, Boars Head deli sandwiches, Nathan's hot dogs, pulled pork and briscuit sandwiches, garlic fries, and Otis Spunkmeyer cookies are just some of the items on the Yankee Stadium menu. There's also a Hard Rock Cafe, and New York Yankees Steakhouse. Don't expect friendly service however, Yankee employees don't offer it. The stadium offers plenty of promotions and giveaways however including shirts, caps, and even a fan championship ring. I would stay away from bat day however.

Camden Yards is still one of my favorite places to go. The Orioles are second rate franchise now, but the park is second to none in terms of character, amenities, and convenience. The Orioles offer Upper Reserved seats every Tuesday night for $8. Thursday nights you can get a bleacher ticket and a Boog's Barbecue sandwich for $17. These sandwiches are a must at Camden Yards, and are a ritual for me at an Orioles game along with the crab cakes. The Baltimore Brewery offers 8 different beers on draft, but it is the taste of those sweet and salty barbecue sandwiches at Boogs that keep me on Eutaw Street for half the game. Tuesday appears to be the night to clean up at Camden Yards as you can also receive a free t-shirt for every Tuesday game.

The Phillies have a better team and better bargains than the Red Sox do right now. The two-time defending National League champions still try and offer bargains such as dollar dog nights. They also offer giveaways every week, including t-shirts, bobbleheads, and even scally caps. The Phillies offer $20 tickets in the upper 300 level that includes a $10 concession credit. For $30 dollars, you can watch the game from the short porch in left field by Harry the K's Broadcast Bar and Grill. This is a great option that I would recommend, as it is a great view and honors the late Phillies broadcaster who died last year. Philly fans are tough, so don't look for trouble because you will find it. The ballpark opened in 2004 and is a huge upgrade over the old Veterans Stadium. For the best cheesesteaks, skip the ballpark and head to Pat's in South Philly, or Steve's in North Philly.

In my visit to the Trop 3 years ago, the biggest surprise I found was FREE PARKING, as opposed to $35 regular season to $75 for playoff games at Fenway. A 2008 appearance in the World Series for the Rays has eliminated a lot of freebies, but for those cars with 4 or more passengers, there is still free parking in selected lots. The Rays also offer Family Fun Days on Sundays where outfield seats sell for $22 and baseline box seats for $31. Tickets include a hot dog, snack, and a soda. Kids can also run the bases or play in a wiffle ball tournament in left field after the game. Giveaways include Evan Longoria bobbleheads and those annoying cowbells we always hear when the Sox play the Rays. The Trop had limited food choices when I was there, but a significant upgrade in choices includes tradtional ballpark food, cuban sandwiches(a local favorite), panini sandwiches, cajun po boy sanwiches, and mahi mahi fish tacos. The Trop has a centerfield brewpub and the Majors' only cigar bar for those who like a good stogie. There are even concerts after certain games featuring Nelly, Hall and Oates, and ZZ Top. Watching baseball indoors isn't the best, but considering Tampa's weather in the summer, it's not the worst situation either.

One of my favorite ballparks anywhere, and the Red Sox go there this year! You can still buy tickets in the bleachers, or the Rockpile as it's called, for $4. The Rockies have jacked up prices specifically for the Red Sox series, but you can still find a lot of good deals available, like parking for $5. Enjoy the game and the sunset in left field with a giant Coors Light, a Rockie Dog, garlic fries, or even the signature Rocky Mountain oysters. This is how baseball should be watched in open air with a cold beer, great food, great weather, at a good value: a real Rocky Mountain High.

I also had great experiences in Toronto and Atlanta as well. Atlanta is where I had the biggest hot dog I ever ate: 1lb. There are other options for those who don't want to gorge themselves however. Toronto offers tickets vs. the Red Sox for $14. For a Canadian cuisine experience, try a smoked meat sandwich with a Labatts beer.

I realize that as long as games at Fenway sell out, the Red Sox will continue to charge what they can, and that's fair I guess. But when you spend that money poorly like they did this year, and field second rate players like Marco Scutaro, Adrian Beltre and Mike Cameron, the Red Sox better think of new ways of attracting fans.