The Best and Worst of Citi Field (NY Mets)

The Mets and Yankees both opened new ballparks in 2009. I've already talked about Yankee Stadium in a previous post. Now I'll talk about New York's better ballpark. It's not without its flaws, but it accommodates fans and masses better than the big stadium in the Bronx. Here's a list of the best and worst of Citi Field:

1) Taking the 7 train to the ballpark. It may not be a favorite of former Braves pitcher John Rocker(see quotes to Sports Illustrated made in 1999), but I love riding the subway. I saw a full mariachi band perform on our way to the ballgame. They were wearing big black Mexican hats, donning guitars, an accordian, and performing crazy dance moves. Notice the guy in the 2nd picture in the back with the smaller black hat giving one of the band members the digit. I LOVE NEW YORK! 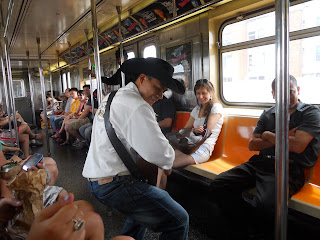 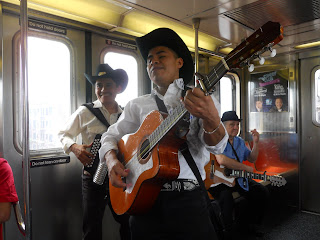 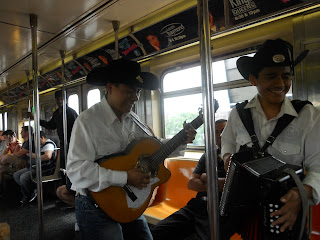 2) The Jackie Robinson Rotunda
Citi Field is a beautiful structure and this is the signature feature. It's a shrine to the entrance of Ebbets Field and Jackie Robinson. Famous photographs of Jackie's life and the words "A life is not important except in the impact it has on other lives," surround the inside of the rotunda. Words to live by. More on the rotunda and the connection to the Dodgers later. 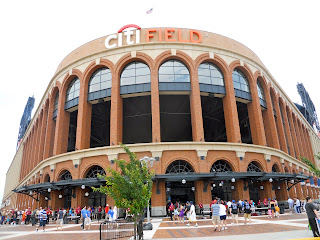 3) Citi Field Food
It's among the best in baseball. I had pulled pork sandwich from the Blue Smoke Grille. The delicious, sweet, smoky, savory sauce smothering the perfectly spiced pork is phenomenal. There is also my favorite Nathan's Hot Dogs with crinkle cut fries, but I spent the previous day eating those in Brooklyn. There's Keith's Grill in honor of Keith Hernandez, former Met first basemen. Juicy Brooklyn burgers are served here and the Gold Glove Burger is Keith's creation with cheddar cheese, raw onions, mayo, extra ketchup, mustard on the bottom, lettuce, tomato on a toasted sesame bun.  There's also Cascarino's brick oven pizza, grilled shrimp po boys, and Carvel ice cream. Draught beer selection not the best. They should have had Brooklyn '55 Pennant Ale.

4) NY Fans
Loud and boisterous, but very funny. I saw a fan yelling through his mouth muffling what he was trying to say. But he kept yelling. Finally in unison three people yelled "What the fuck are you saying" in their thick New York accents. We then learned he said "Don't trade Jose" in reference to Jose Reyes. Love it. No sellout though which is surprising considering the Phillies were there.


1) It's more of a tribute to the Brooklyn Dodgers than the Mets. Don't get me wrong, I respect the history of the Dodgers in Brooklyn, I'm not Met fan, and my most painful sports memory occurred across the street at the old Shea Stadium. But it is a Met stadium. There should be more signature features honoring the existing franchise. Maybe the rotunda should be the Robinson-Hodges rotunda. Gill Hodges brought the Mets their first title as a manager, and brought Brooklyn their only title as a player. His memory should honored as much as anybody's. Just a suggestion.

2) The area around the ballpark. Chop shops, car parts, and old industrial buildings fill the surrounding area known as the "Iron Triangle" to locals. No bars, restaurants, or establishments run by former players. Just auto parts and an airport. McFadden's Tavern is  outside the center field wall, but Citi Field needs more. Enough said. 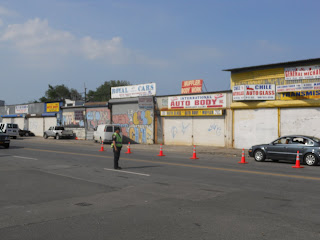 Some more images from Citi Field: 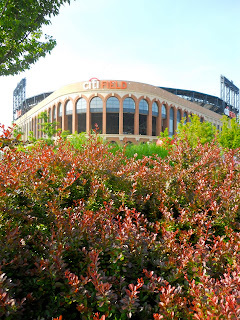 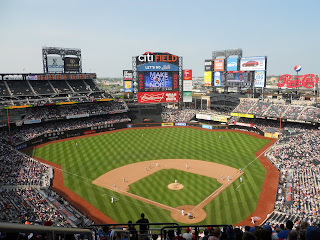 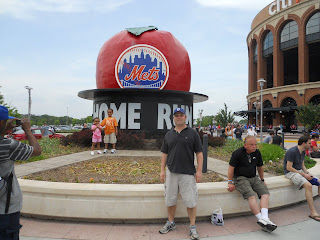 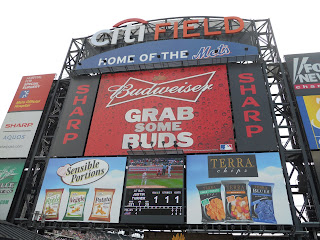 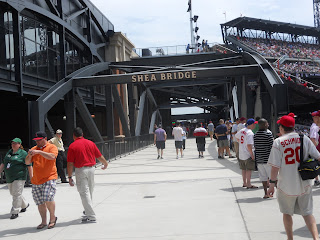 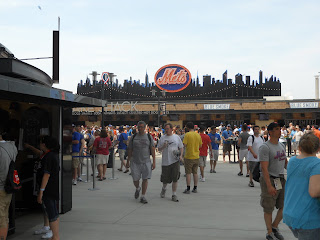